Are house sales about to take off? This Winter Market Could Be Like Never Before

Seasonality has a major impact on the majority of industries, and residential real estate is no different. For example, toy stores sell more toys in October, November, and December than at any other three-month period throughout the year. In the United States, more automobiles are sold in the second quarter (April through June) than at any other time of year.

Similar to real estate, the number of houses sold in the spring is always significantly higher than at any other time of year. It’s also known as “the buying season.”

Historically, the number of purchasers and properties for sale has grown significantly in the spring and remains high throughout the summer. The number of buyers and sellers typically decreases in the fall.

The following year, on the other hand, that seasonality did not occur. The virus’s outbreak and subsequent economic slowdown curtailed sales during the spring market. These purchases were delayed until later in the year, and sales increased dramatically in the fall and winter compared to previous years. Only a lack of houses for sale was keeping the market from growing even further.

What About This Winter?

Some experts thought we’d return to the industry’s normal seasonality this winter with both the number of purchasers and houses available for sale falling off. However, data now shows that neither of those situations will likely occur. Buyer demand is still extremely strong, and it appears we may soon see a somewhat uncharacteristic increase in the number of homes coming to the market.

The latest Showing Index from ShowingTime, which tracks the average number of monthly showings on available homes, suggests that buyer activity was somewhat lower than it was at the same time last year but much greater than any of the three previous years.(see chart below): 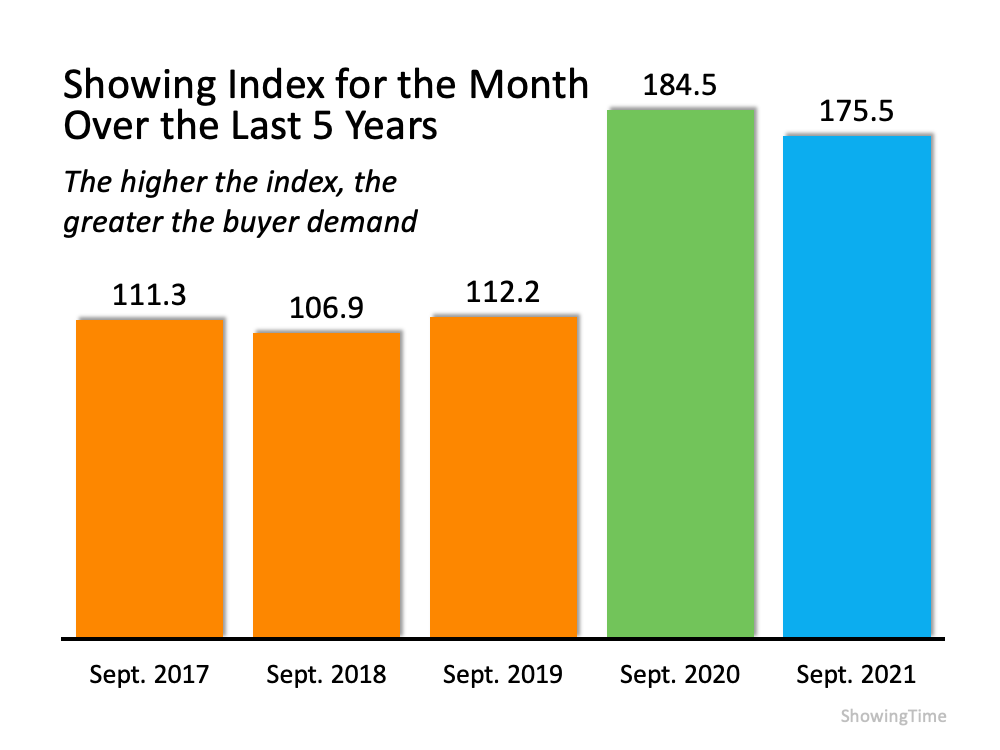 “There is still a great deal of demand at our sales centers with people lining up and not enough supply.”

The only thing left to figure out heading into this winter is whether the number of listings available will be sufficient to meet this buyer demand. We may have just received the answer to that question.

Instead of waiting for the typical spring market, new data suggest that homeowners planning to sell are likely to do so this winter.

Speaking to the release of a report on this recent research, George Ratiu, Manager of Economic Research for realtor.com, said:

“The pandemic has delayed plans for many Americans, and homeowners looking to move on to the next stage of life are no exception. Recent survey data suggests the majority of prospective sellers are actively preparing to enter the market this winter.”

Here are some highlights in the report:

Of homeowners planning to enter the market in the next year:

The report also discusses the reasons sellers want to move:

According to a recent report from the National Association of Realtors, buyer demand has continued to be quite high throughout the year. According to the latest research, available inventory is anticipated to rise shortly. This could be a winter real estate market unlike any other.

If you’re thinking of buying or selling, now is the time to have a heart-to-heart conversation with a real estate professional in your market, as things are about to change in an unexpected way.

SCHEDULE A MEETING WITH JUSTIN